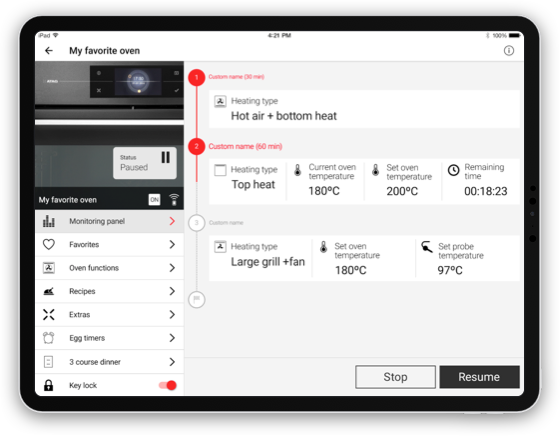 Gorenje ASKO-ATAG
With the new series of intelligent appliances from Gorenje ASKO-ATAG you can control your home from wherever you want.
This app allows the user to use the main functions of their home appliances and control the processes while they are done.
Client
Gorenje
Year
2017
Roles
UX-UI Designer | Visual Designer | Prototyping
About Gorneje
Gorenje is a Slovenian company which is one of the major appliances manufacturers. With more than 80 subsidiary companies it has two of them specialized in intelligent high quality appliances; ATAG and ASKO. This two subsidiary companies are awarded for their appliances connected through a single control app designed by the Worldline team in Barcelona.
The challenge
The main goal that Gorenje proposed was to create an app that could work for both brands, ASKO and ATAG, combining their styles and following the design already designed for the physical appliances - without losing the user-centered approach.
The team
This project was developed by a group created inside Worldline Iberia for this app in a waterfall approach from UX-UI Design to the Testing part. Focusing on the design part of it there where a UX Strategist (Fabio de Pascale), UX-UI Designer (Marc Alcobé), one UI Designer (Carles Salas) and one UI Developer/Front-end (David Castro).
My role
Inside this project the contact with the client and the understanding of their requirements to connect the app with the real physical products was very important. Therefore, the decision was taken to migrate the role of one of our team members to deal with the business client side, creating an UX Strategist.
This is why the need of a cross-functional UX-UI Designer was needed. I assumed the role with some help from the visual side of a UI Designer.
The cross-functional role empowered me to have all the decisions from research and ideation to the delivery of the assets to the developers.
Design and research tools
Sketch
Axure RP
InVision
Photoshop
Illustrator
Personas
User Interview
User Journey
A/B Testing
Design process
Having the strategy part done the design process started from a UX perspective:

Research
The user of this app is a really specific and non-conventional target. To understand how the users uses the physical products of the brand and what what they want to perform using the app required a deep research on their behavior. This is why different research methodologies were used:
User interviews: to understand the real users of the appliances the client allowed us to interview some of the product designers from ASKO and some of their clients who accepted to respond some questions for us.
With this, there was a clear understanding of  the profile of the clients, when they use the appliances and how they do it.
Personas: using the information of the user interviews some different personas with different appliances and backgrounds were created. Afterwards these allowed to take user-centered decisions in all the other parts of the process.
User journey: some of the information in the user interviews where focused on how they could use a new app that allows them to control their appliances remotely. With this information a complete user journey was designed for each persona and at least one for each appliance.
Besides the research needed from a user experience perspective, another visual research was needed to understand how the brand used colors, shapes, icons and other graphic resources. 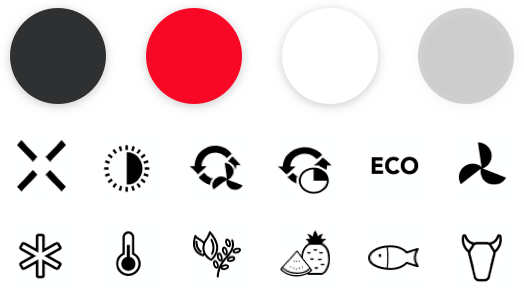 User flow
When the research was complete and having a clear view on how to proceed with the wireframes a user flow based on the navigation and features of the app including the differences inside this ones and how to use them was created.

Usability testing
Knowing that the target of the app was really specific and how the brand connected with their appliances, the best option to continue was to perform some A/B testing.
The A/B testing in this case allowed to have a clearer view on which components, positions and behaviors were clearer for the user.
The testing sessions were performed online with users from ASKO and ATAG appliances, recorded and analyzed afterwards. With this data a last round of high fidelity wireframes were created.

User Interface
Using as a base the last wireframes, the application of the visual part including the corporative image of the brand defined and analyzed in the research phase started.
The implementation of colors, iconography and other graphical assets ended with the creation of
mock-ups presented to the client in InVision prototypes where some feedback was gathered.
After redesigning small details of the UI a final mock-ups version was presented to the client. 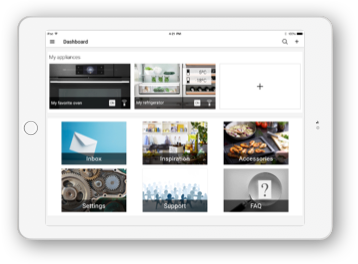 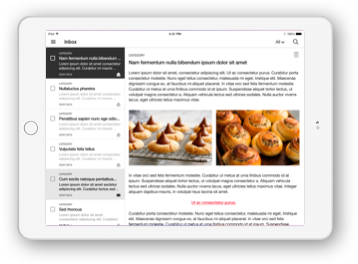 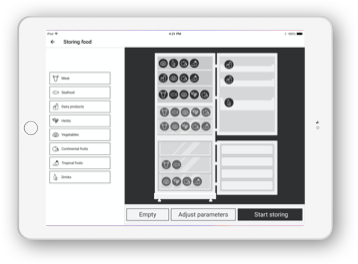 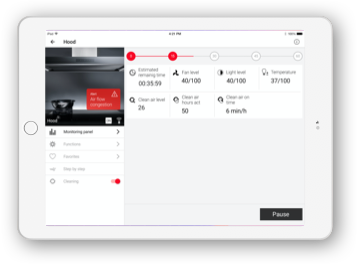 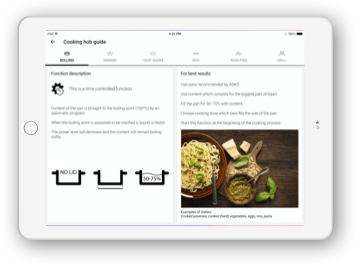 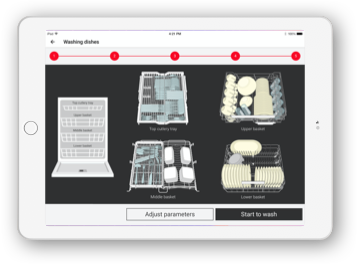 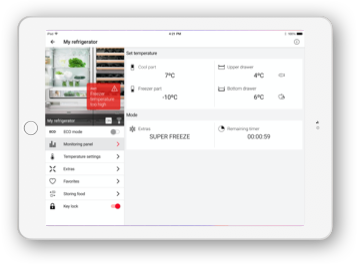 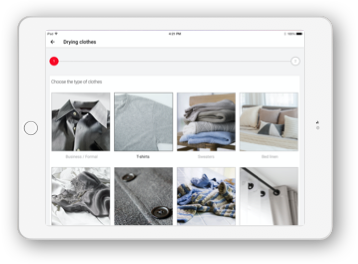 Feedback session
To have a proper validation of the mock-ups there was a first session with the complete UX-UI Team using an InVision prototype. After the team feedback a last feedback session in our innovation lab with the client with a high-fidelity front-end prototype was taken.
With this feedback session the only part missing was the assets and measurements delivery to the developers.

Delivery
Once the design was approved from all the involved parts it was the moment to connect with the development side.
Using the InVision prototype created for the feedback the measurements where already defined so all the assets only needed to be marked as exportable.
After this process there were standard iterations including some design approvals to assure that the design and the app look exactly the same.